ð  The announcement of election dates invited a polarised response in Nagaland, with political parties welcoming the move and local organizations strongly protesting against it – with the apex tribal body of the state threatening to boycott the electoral process.

ð  The demand for a resolution of the Naga crisis, talks for which have been on for decades, before the assembly polls has been gaining ground in the state. The Naga peace talks have centred around the creation of Nagalim, or greater Nagaland, encompassing Naga-dominated areas of Assam, Arunachal Pradesh and Manipur. In 2015, the Centre signed a framework agreement with the National Socialist Council of Nagaland (Isak-Muivah). Since then, the Naga people have been hoping for a resolution and had expected it to come by the end of 2017, especially after President Ram Nath Kovind hinted at the possibility in December last year. 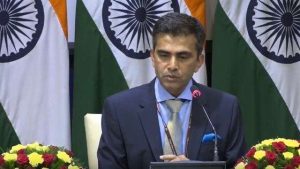